It hit hard and fast. From its home at Harvard to the world at large, people were being swept up in this phenomenon of connectivity. 20-somethings everywhere began uploading their lives, post by post, while their elders remained duly skeptical. It was on February 4th, 2004, when The Facebook first launched, and my, how things have changed. And still are changing, daily.

So, is Facebook on its final chapter? No, not really. And it may never be, because it’s a business, and it’s run by a businessman who’s finger never leaves the pulse. Where the concept of change is a looming pitfall for most organizations, this one continually rides the wave. The widely referenced article “Why Do People Use Facebook?” tells us that the online network feeds off of the innate human desire for an inside look, a moment in the spotlight, the feeling of belonging and validation—but we all know that. It’s always been the ability to proactively adapt to current trends and audience cravings that keeps it alive. What’s changed is the audience.

Well, not so much “changed” as “grown.” As noted earlier, the people who were originally taken in by the Facebook sensation were the college-age young adults of the early 2000s. Yes, the ever-sought-after millennial. (Although, I would argue that the millennials of Facebook’s heyday are different from the later millennials that have today’s businesses foaming at the mouth for likes and follows.) This demographic, who was once so concerned with who’s hanging out with whom (refer to Facebook’s big screen debut, The Social Network), is now concerned with things like documenting baby’s first steps and giving lengthy accounts of life’s struggles. Every generation seeks validation in its own way.

But that’s not the only change. After so much time, much of the older demographic that was initially skeptical of the intimate digital space have succumbed to curiosity and joined its ranks. And for a generation who is used to having to dial the landline when they wanted to talk to someone, the idea of extreme personalization and constant connectivity was exciting new terrain. This is fine. But it’s simply not a place where Gen Z wants to be.

To Gen Z—the up-and-coming target demographic as millennials progress in age—social media is like breathing. They’ve been immersed in it since day one, and their comfort zone generally rests within the confines of a 3 by 6 screen. And why not? There’s a whole world in there. But according to Statista, the 13-17 age bracket only comprises 6% of Facebook’s global user demographic as of January of this year. While many seem to be on Facebook simply as a matter of course, the young generation is more active on highly visual, less wordy social platforms. 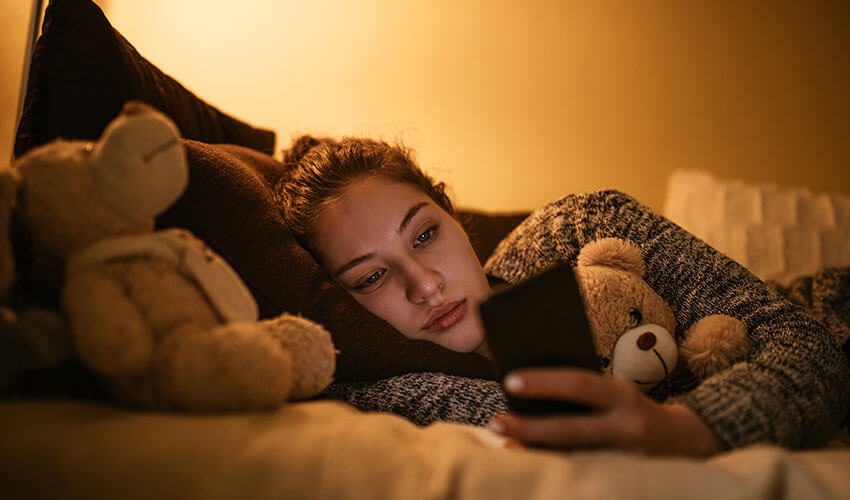 This is in part because the desires of this audience go beyond personalization. They want a celebration of individuality, true, but with the angle of being a part of something larger than themselves. Where people are mounting their digital soap boxes to proclaim political paragraphs on Facebook, Gen Z is instantly turned off. It’s not that they don’t care about it, it’s just that they take a different approach. They’d rather identify as part of a group in support of a cause. They prefer to see political topics as social issues, to hashtag their support, and make a statement (in 140 characters or less).

This stems from a desire to avoid negativity altogether. And it’s all part of an effort to control the person they are on screen. Social media is a realm where people have the ability to fine-tune their identity, and while Gen Z-ers are busy using pictures, videos, and one-liners to craft the person they want the world to see, doing so in front of their parents (and even grandparents) would feel quite awkward.

That’s why, despite ever-improving features and a mastery of change, Facebook isn’t the social network of choice for the newest generation of user. Still, wise business sense has allowed it to continually offer value, mainly through extensive targeting and advertising packages, not to mention offering businesses a way to communicate with their customers for free. It’s no accident that you must have a Facebook account to be able to advertise on Instagram. As a TechCrunch contributor observes, Facebook acquiring Instagram in 2012 (which came with a massive price tag, by the way) was a way to not only quash the photo sharing competition, but take full advantage of an enormous existing customer base, which was largely comprised of young users enjoying the mobility of the app. In essence, the Facebook team putting out $1 billion for such an acquisition answers our initial question. Facebook isn’t on its final chapter. Rather, it’s already on the sequel.

In fact, it would seem that acting as a social platform has become a secondary function in this new age. Secondary to its newer application of being a marketing hub, of sorts. The real value-add lies in its highly-targeted advertising options and its guidance therein. They gave businesses the floorspace for free, then placed a whole world of consumer insights and connections right within arm’s reach—attainable at a price. Within a few clicks, you’ve set up your storefront and acquired facetime with your most potential customers. What business doesn’t want that?

So, I suppose the real question is, “Where does it go from here?” As its target demographic progresses in age and new generations seek social media elsewhere, Facebook has switched gears. Rather than simply catering to individuals, it has made itself invaluable to the businesses trying to reach them. Statista shows the company’s mobile advertising revenue springing from 11% in 2012 to 45% the next year (post Instagram acquisition), and then a steady growth beyond that. Today, advertising sales make up nearly all of its revenue. With that kind of reach, who knows how this entity will adapt to consumer needs and trends in order to help businesses make an impression. Underneath that familiar blue and white exterior is a social chameleon, calculating which fly it should catch next. Don’t blink, or you might miss it.

Tell us what you need, and we’ll tell you how we can help.